All throughout my career as a student, there was a recurring question that when posed to me in class, always put me at a loss.  I could BS my way through an answer with the best of them, but I could never be satisfied (nor could my teachers) with my articulation of “why we study history”.  Having experienced what they call, “real life” I now believe I have at least a couple valid answers.

Very few individuals have the ability to do good on a large scale.  My observation of history has led me to the conclusion that it is far more likely for good to be done by an entire movement over time while evil and destruction on mass can be done by a single deviant perched in a tower with a rifle or wearing an explosive vest. We have more than just modern examples to reveal this truth.  Let us do a small exercise.  Make a list of 5 of the most well known “good doers” in history. (don’t continue reading until you make your list cheater.)  For me, names like Ghandi, Rev. Martin Luther King, Jesus, Buddha, Abraham Lincolon and Jack LaLanne come to mind.  Reflect on the causes all of these men fought for; all of them good, though heavily opposed.  What does it say about the human race, that these great men faced such resistance-to-change during the course of their mission to benefit the human race?  We seem to be a bunch of sadists to need leaders of such stature in order to advance our own civility.

Much can change over the course of a century.  100 years is ample time to witness the maturity of at least 4 generations.  Despite a peoples best effort to hand down every aspect of their culture, a grand new paradigm is born with each generation.  This augmented reality is what blinds each new batch of citizens from the triumphs and struggles that were won and lost before their influence.

Francois Henri “Jack” LaLanne nearly made it to 100.  He lived to celebrate his 96th birthday.  He taught his “students” by example for so long that a healthy knowledge of American 20th century history is necessary in order to fully place in to perspective the gravity of this man.  Fitness and health are so ubiquitous today that it is nearly impossible to imagine what the landscape was like in the early 1930’s before wellness was en vogue.  It was at this point in history that, at 22 years of age, Jack LaLanne founded one of the first modern health club in America.  “They thought I was nuts when I opened that gym,” says Jack, recalling how doctors and athletic trainers warned their clients to stay away. “They said, ‘You guys will lose your sex drive, become muscle-bound or, worse, get hemorrhoids.”
I guess they had better advice to offer than the silly pursuit of physical fitness. 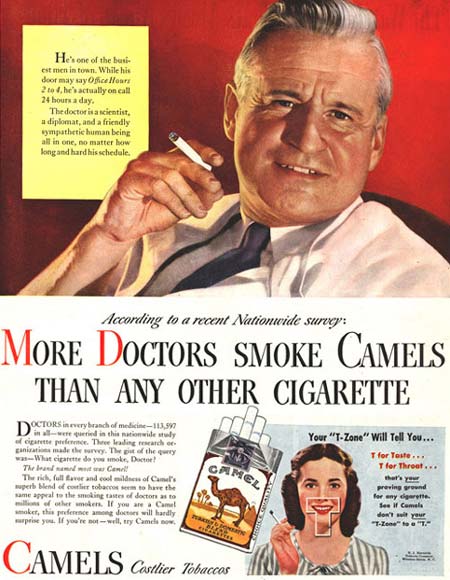 We have to realize that as varied as all the different fitness fads and styles are these days, they all share a common foundation in the message of this fitness guru lovingly referred to as the “Godfather of Fitness”.  Sure nobody has all the answers and there is no ONE correct approach for everybody but it is somewhat awe inspiring how holistic and all-encompassing as his 10 point plan.  I’d imagine that it would be difficult to find a fitness professional of any discipline to find fault with this message:

Those of us under 30 may only know him directly from his juicer infomercials.  It is shocking for me to watch all of his many recordings from the 1950’s and realize that most of what goes for revolutionary health advice is just a version of an old Jack LaLanne Show episode.  I have yet to find a LaLanneism that was true then to be false today.  It seems that a large reason we have all the confusion and resultant obesity we do today is because we never were satisfied with “good enough”.  Jack LaLanne was as revolutionary as they come however, since his show has been off the air, we’ve constantly attempted to re-invent the ab-wheel.

It was the vision of this great man that spawned all the fitness crazes, clinical research and respect for the mind, body and spirit during the last century.  Let us hope that those of us who live his message are merely the early adopters and his legacy will be an even MORE active America.

My favorite quote from Jack LaLanne makes it clear to me that he was a student of history and came to the same conclusion about good and destruction as I did.

Thank you Jack.  This rep’s for you.

Exerpts from Cancer From the Kitchen?

“More than 80,000 new chemicals have been developed since World War II, according to the Children’s Environmental Health Center at Mount Sinai. Even of the major chemicals, fewer than 20 percent have been tested for toxicity to children, the center says.”

“I asked these doctors what they do in their own homes to reduce risks. They said that they avoid microwaving food in plastic or putting plastics in the dishwasher, because heat may cause chemicals to leach out.” 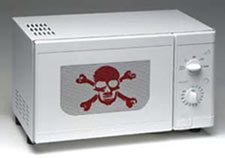 Toxins are everywhere.  Do your best to minimize your intake of chemical stress wherever possible.  We underestimate such environmental hazzards because we are told they are safe.  We trust the government to run tests on any commercially available or publically utilized commodity.  I don’t suspect conspiracy here but one must ask, “does it make sense that using/ingesting/washing with this product will be safe for me in the long run?”  The question that is answered through all the safetey testing is, “will this product cause acute (read: traceable) harm to any individual?”  To assume that your body, as complex and mysterious is it is, will know exactly what to do with the foriegn substances we’ve created within the last half century is foolish and dangerous.  Don’t become a fanatic, just realize that anything can affect anything and you should do your best to lessen your stress in every possible way.  If it means abstaining from the microwave as much as possible, do it.

In a future post, I’ll deal with cholesterol but I must remind you of one of the reasons the body produces cholesterol in the first place.  It’s easy to forget that cholesterol is actually good for you and serves a purpose.  One such purpose is to sheild toxic chemical compounds found in the blood supply from reacting with other hormones, enzymes, proteins, etc.  As you ingest and absorb more toxic chemicals, you increase your need for cholesterol.  Now you are overloaded with oxidative stress from the chemical warfare going on in your body and your doctor tells you it’s the cholesterols fault.  Next thing you know, you are one of the 25% of Americans spending their retirement money on a statin.